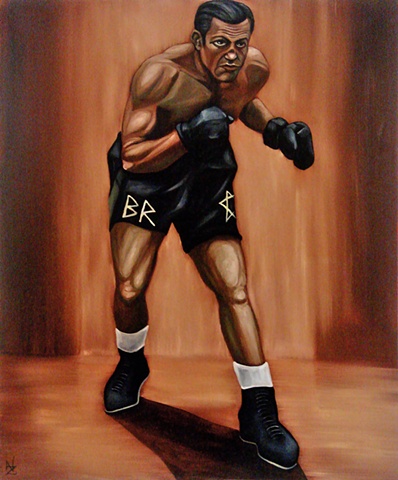 This painting was inspired by the legendary boxer/war hero Barney Ross. An amazing account revealed in his biography written by Douglas Century, sparked this depiction, of the Jewish prizefighter who was a world champion at three weight divisions, who then went on to earn a Silver Star as a marine during the Pacific campaign during the Second World War. He was also a role model for those in recovery from drug addiction as well, having overcome his own addictions to morphine as a result of being hurt as a solider.

Having achieved such an amazing amount in these three areas, the painting reflects an homage to this amazing figure.