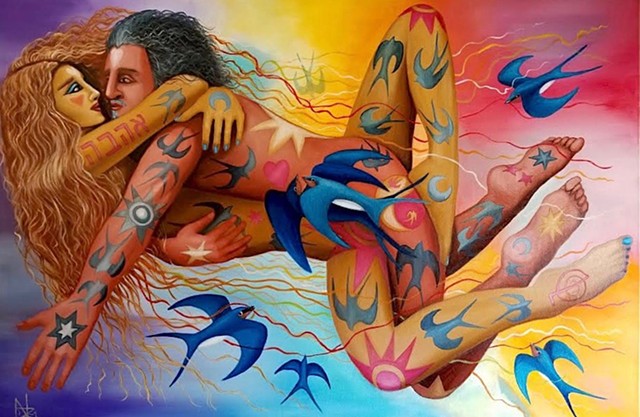 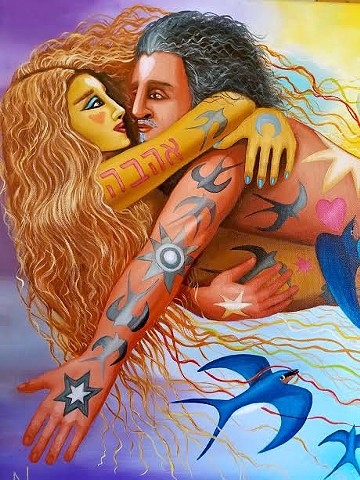 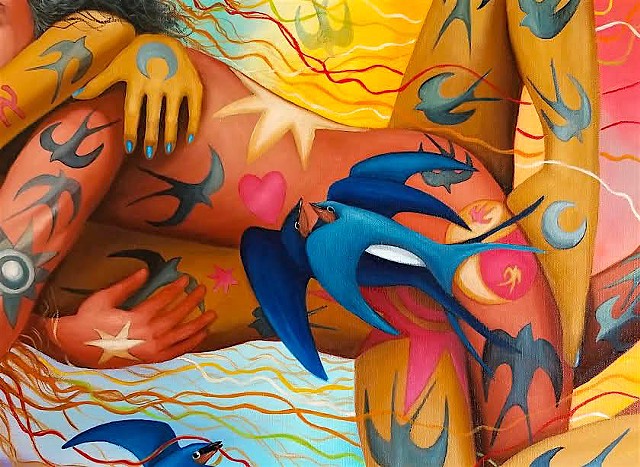 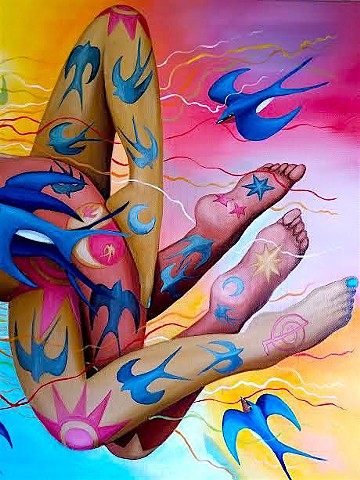 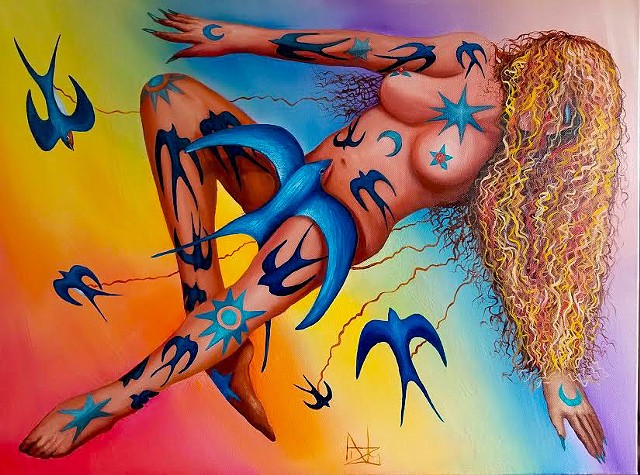 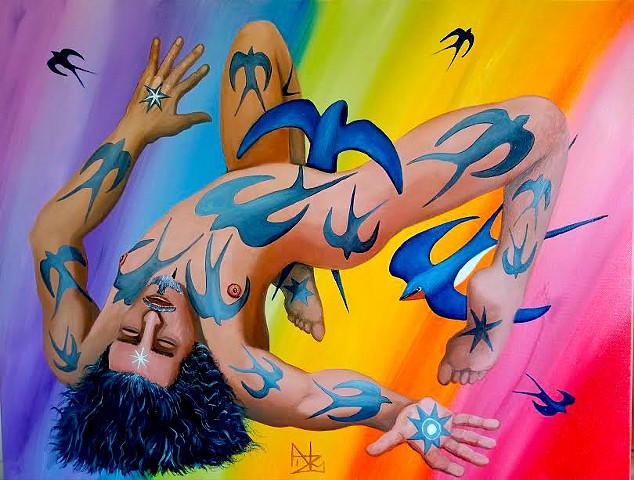 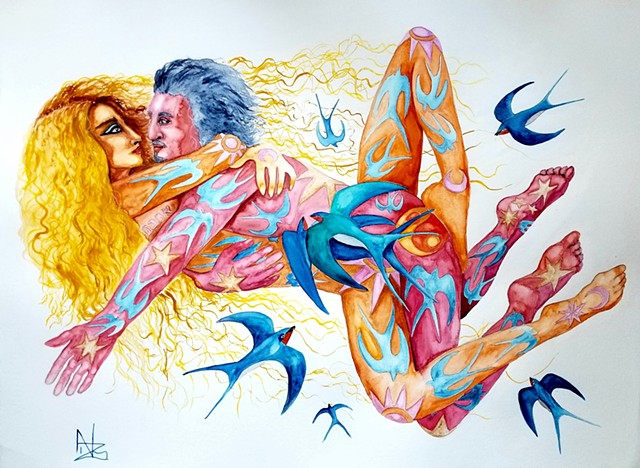 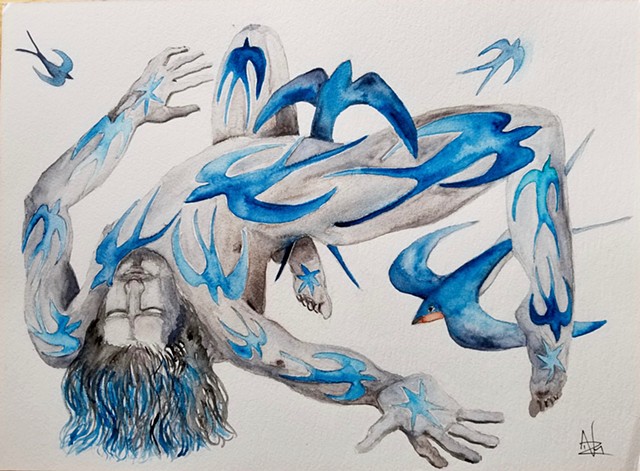 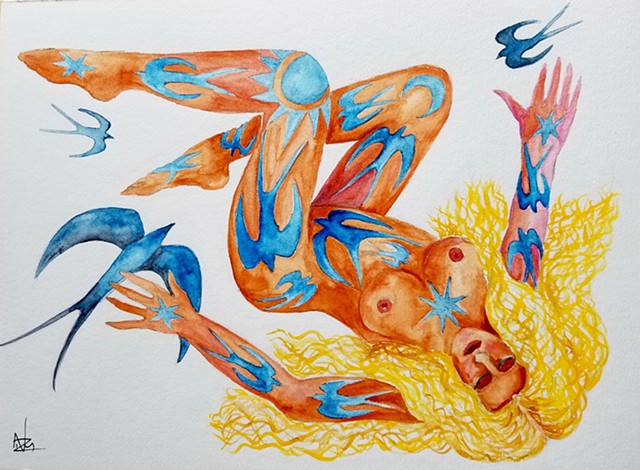 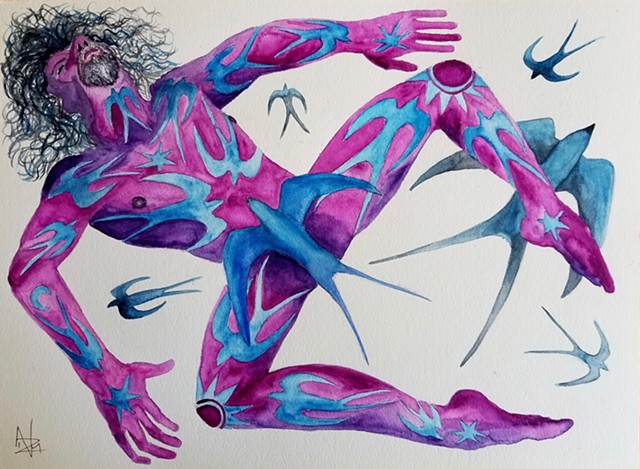 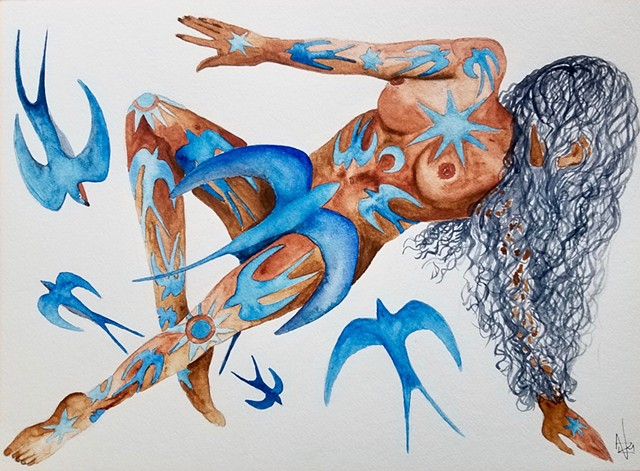 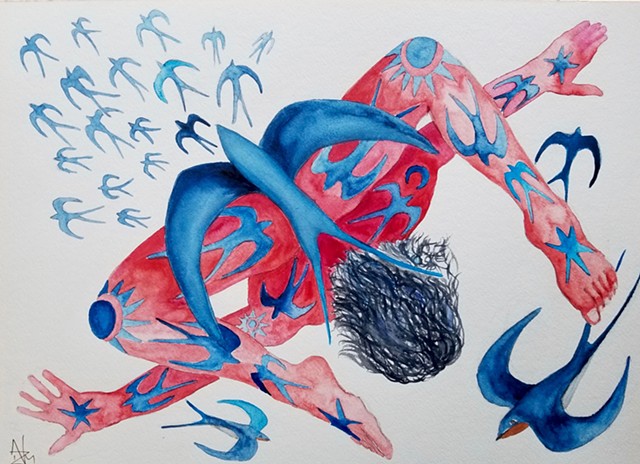 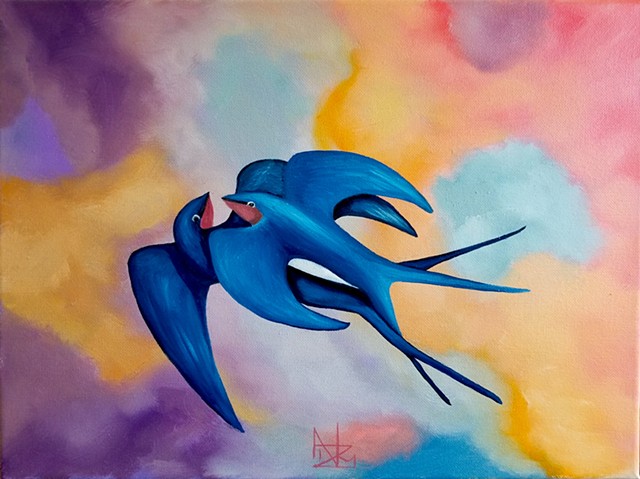 In Spring of 2020 I found myself on the Mythic Island of the Goddess of Love Aphrodite (Cyprus). While Observing the Swallows nest building, spellbound by how these aerial architects, engineers & construction time weavers, assembled constellations made from mud, matter & magic, the idea for the Man & Woman of Swallows found its genesis.

Cyprus offered a Spiritual connection to the Goddess Energies that were flowing into my psyche. The monthly moon cycles along with Super Moons and a passing comet added to the magic of the terrain. With so much Rupture & Grief whirling around the Globe, I felt the sarrows of the zeitgeist morph into the Swallows of hope, that thing with feathers as expressed by the poet Emily Dickinson

Reflecting upon the arrival of the swallows, a poetic cognition flowered as the Spring Awakened into the seasonal vortex…as with the Heart to Heart communion with the Swallows of Aphrodite. .

Yet the Swallows Spiral & Spin And Build Heart Shaped Yoni nests From which Eternal Hopes our Aspirations Fling!!! Ah! this Dormant Awakened weaving Made from fleeting weeds & singing reeds Greens Viridian, Emerald, Terre Vert Surge, surge, surging the Sap of earth & trees. Distilled in our Urgent Urge. Perhaps? The Birds now teach More than ever before Regeneration within the Great Pause.

My Heart tis a Swallow It Spirals & Swoops I follow, follow, follow.... Through the four chambers Of Loops!!! I Pulse Bellow & Flow A song of hope The Prism a Kaleidoscope Trembling Beauty & Terror Of Horizons only seen By the eyes of Birds That Celestial Gleen Hover, hover, hovering....