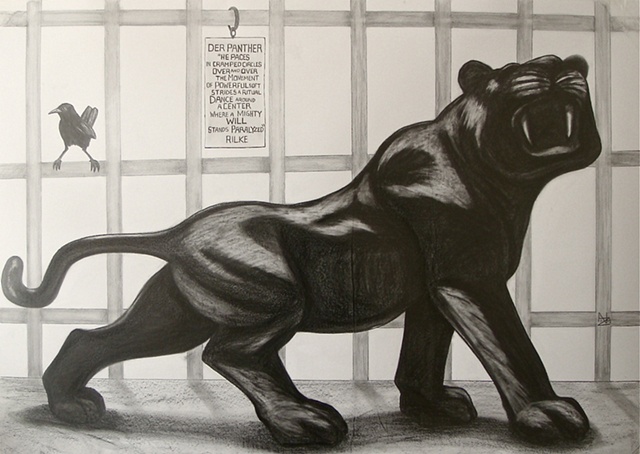 "As he paces in cramped circles, over and over, the movements of his powerful soft strides, is like a ritual dance around a center, in which a might will stands paralyzed..."

From the poem 'Der Panther" by RILKE 'Der Panther' is a drawing inspired by the great early poem by the German poet Rainer Maria Rilke. Responding to the inner spirit of the poem where the sense of trapped energy is evoked, the expression given by the medium of graphite, reflects a carbon synthesis of metaphor and visual impulse suggesting the transformative catharsis of poem into image.