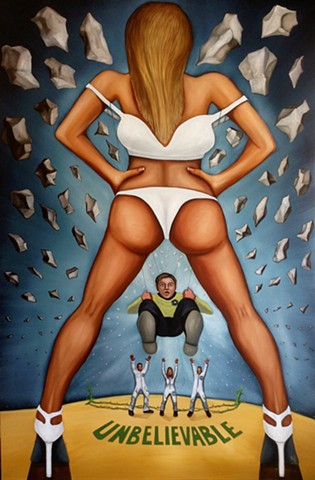 This painting was created for the motion picture film called UNBELIEAVABLE!!!!! the vision of the writer/director Steven Fawcett.

As a comedy spoof SciFi caper the film is cast with actors from the Star Trek series from the Original TOS through the Next Generation, Voyager, Enterprise and beyond. Celeste Yarnall who is featured in the movie is also a producer.