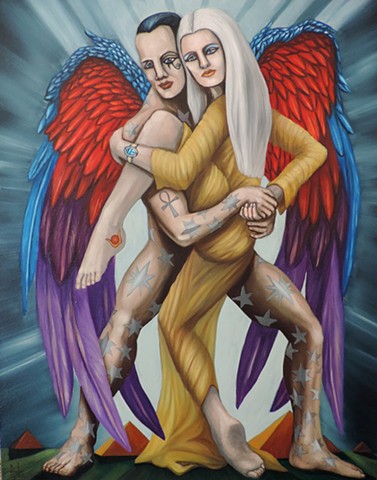 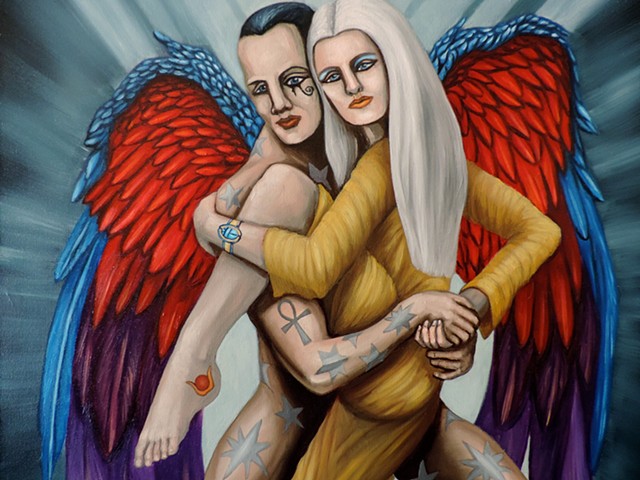 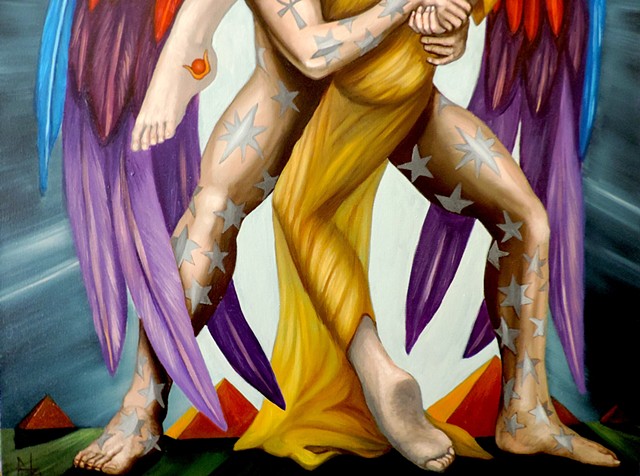 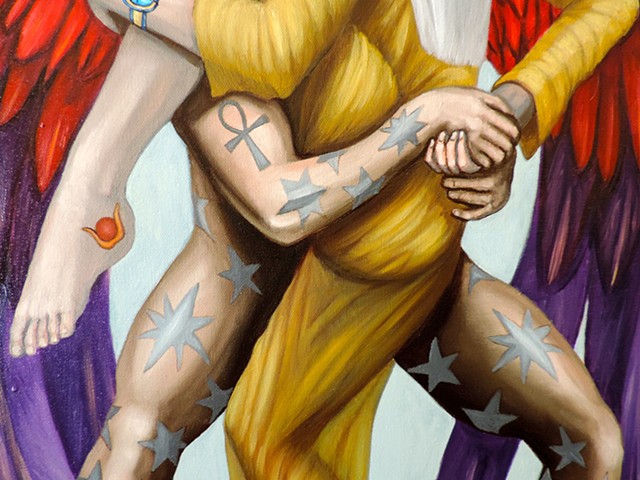 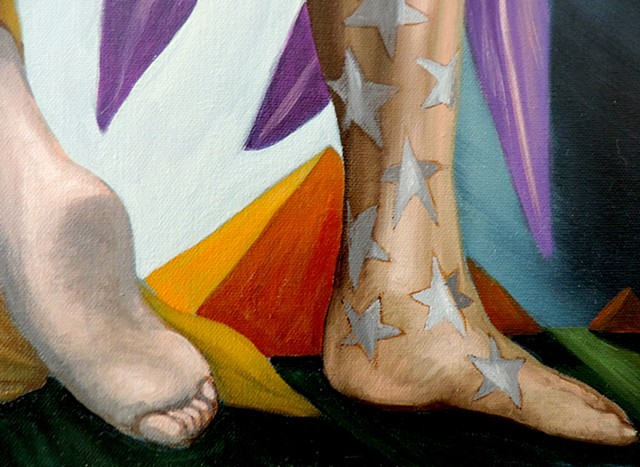 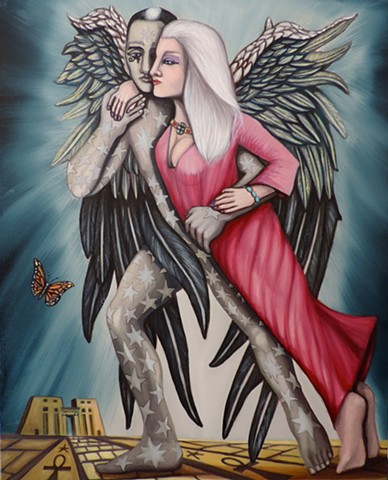 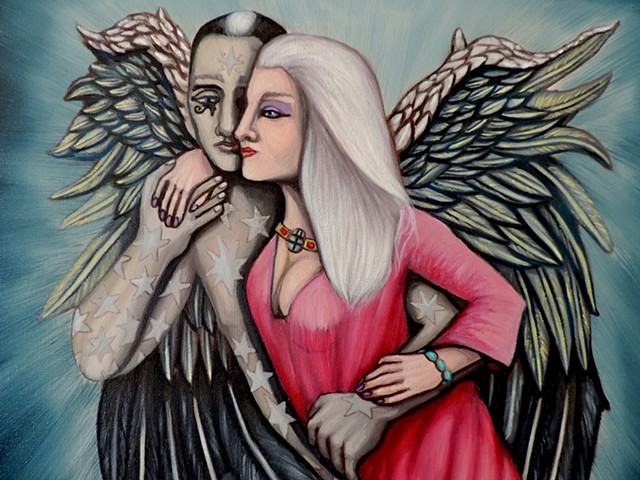 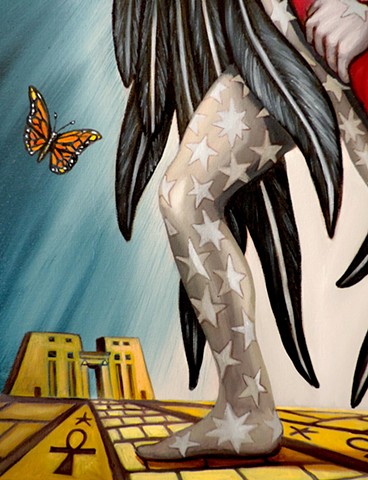 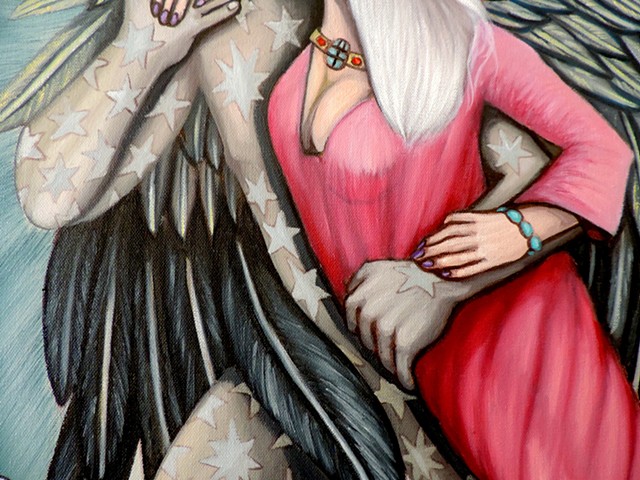 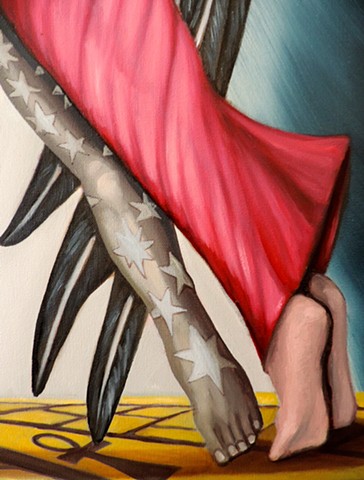 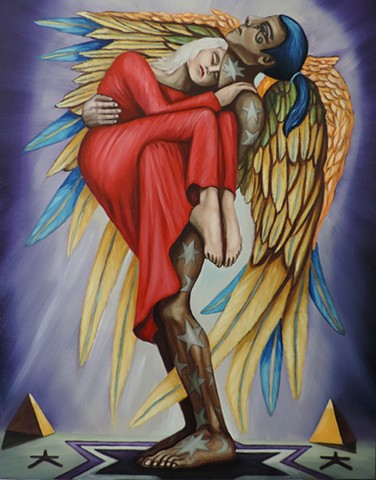 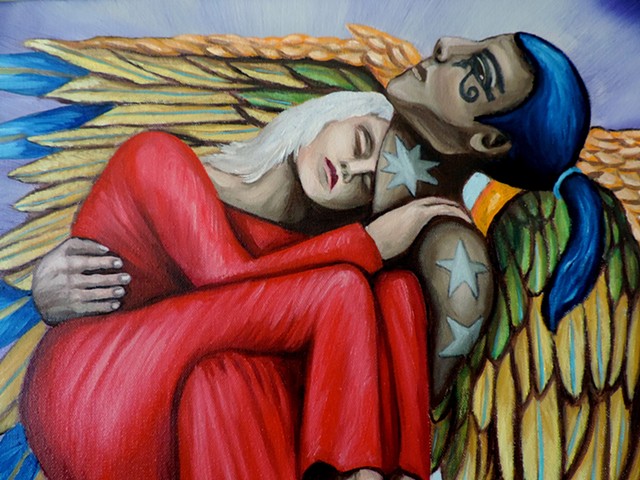 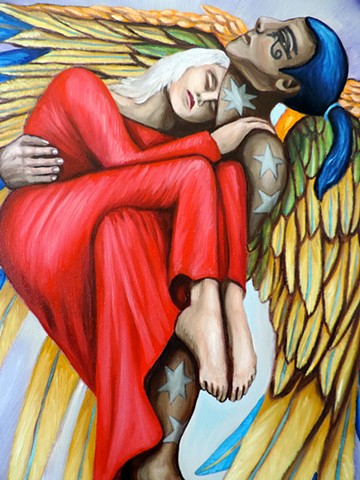 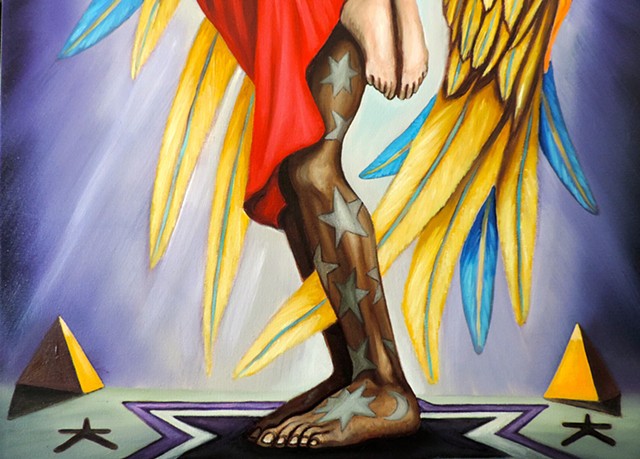 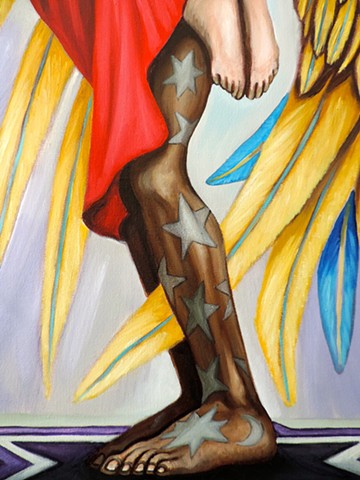 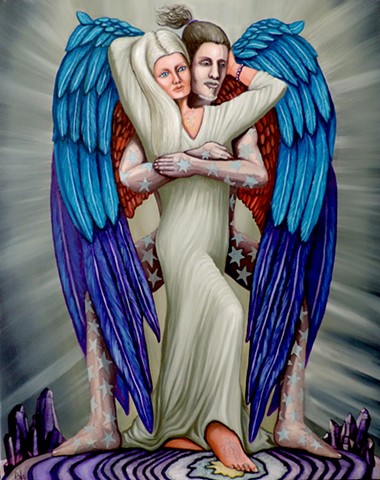 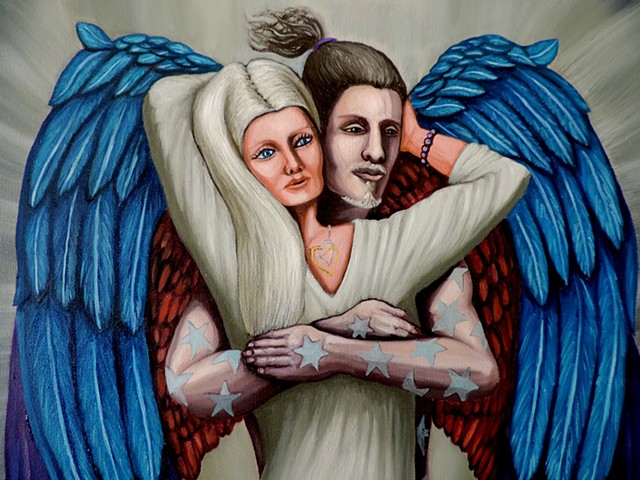 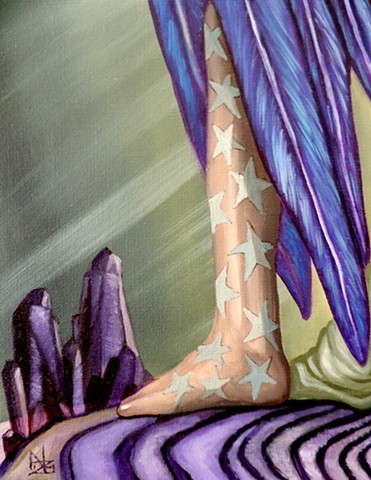 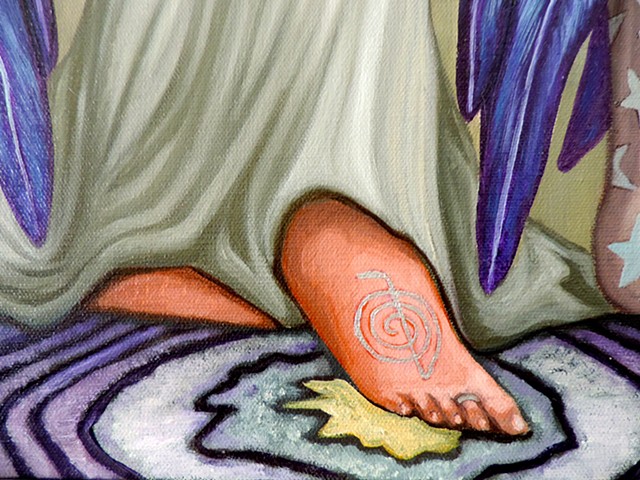 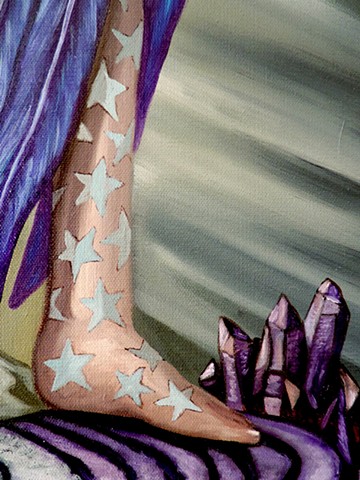 This quartet of paintings bring together varied areas of interest exploring Ancient Myth, Contemporary Dance and Symbolism considered within the emotional fabric and personal expression envisioned within the body of the artwork.

My fascination with ancient themes in relation to creating visual metaphor relevant to experiential observations has formed the core of my work over the past thirty years. Myth, mysticism, and metaphysics have been core elements that have ignited ideas developed into series of paintings that attempt to evoke the visual poetics of the subject matter I seek to convey.

The series of pictures that formed the ‘Butterfly Nebula’ (Apotheosis) created in 2011, continue to invoke the dynamics of ‘spiritual flight’ and energy metamorphosis. These works brought together a ‘cosmic ballet’ in which the central figures in the painting are awakened to each other through the space/time continuum that fused their ‘quantum entanglement’.

The good fortune of having gone to Egypt in 2017, with visits to ancient temples and historic sites, inspired a series of paintings that contemplated the ‘cosmic’ content found within the iconographic ‘logos ‘of Ancient Egyptian culture. Growing up in London in the UK, I had spent decades visiting the British Museum where the substantive collection of Egyptian artifacts, would often catch my attention, which I would document with a note or sketch. These observations could be considered as ‘seeds’ planted in time that would grow into becoming relevant and amplified with my travel to Egypt many years later.

Of the myths that really captured my interest on the journey to Ancient Egypt, was that of Horus & Hathor. The celestial falcon-headed God of the Sky ( son of Ra the Sun God his mother was the Goddess Isis). His was married to Hathor, a cow-headed deity known as a Sky Goddess but also known to represent feminine love & joy. The poetics of this relationship between these divine icons very much echoed the ideas that were explored in the ‘Butterfly Nebula’ painting and inspired the ‘Celestial Raptures’ series.